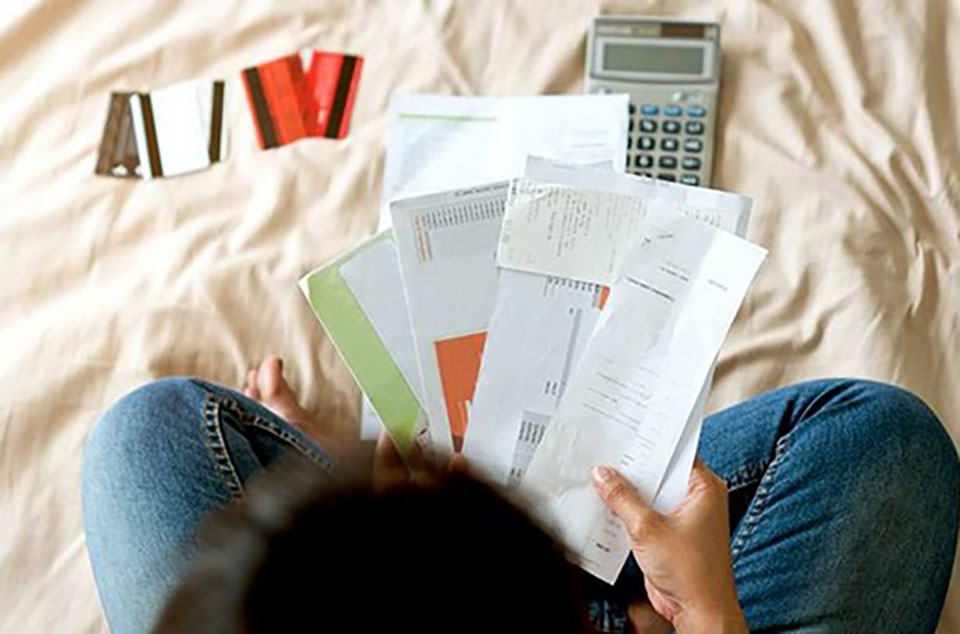 The economic impacts of the COVID-19 pandemic continue to affect Thais, who since the start of the outbreak have faced rising living costs. A new survey from the University of Thailand Chamber of Commerce (UTCC) suggests that almost all Thai households carry debt, mostly in the form of credit cards and personal loans.

Among the 1,350 households surveyed, most of which have an average household income above 50,000 baht per month, the level of income falls below expenditure. The poll found that 99.6% of households surveyed carry debt, mostly in the form of credit cards and personal loans taken out to buy basic necessities, as well as durable goods such as vehicles and homes. Some households have taken out loans to support business operations.

According to the UTCC, the average level of indebtedness reached a record high at 501,711 baht per household. The households surveyed mainly took loans from legal sources and were responsible for repayments of an average of 12,801 baht per month.

Most households surveyed at 65.9% said they had missed their repayment schedules over the past year due to declining incomes, poor economy and rising cost of living. They suggested that the government provide low-interest loans, vocational training and knowledge on debt management and financial discipline.

Mr. Thanavath Phonvichai, UTCC President and Chief Advisor to the University’s Center for Economic and Business Forecasting, said the results of this survey suggest greater access to formal loan sources among Thais, as evidenced by the proportion of loans granted by formal creditors, despite the overall increase in household debt. This indicates the ownership of assets among the population.

He said this record amount of household debt is caused by the economic situation and the rising cost of living. However, this situation should begin to resolve itself at the beginning of next year, provided that the country continues to welcome more tourists and that its economy recovers quickly.