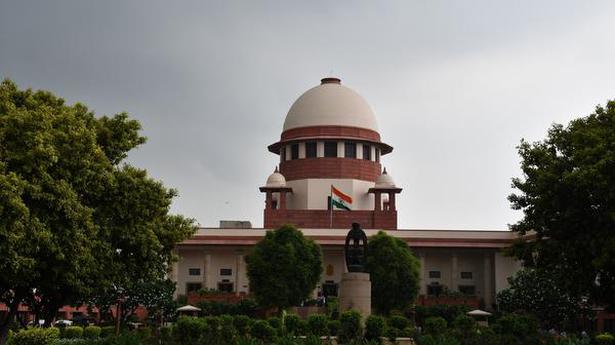 A petition has been filed with the Supreme Court against a “blatant attempt” to take away the fundamental right of Muslim women to practice their religion, all under the pretext of providing a “uniform law” for all faiths.

Amina Sherwani has asked the Supreme Court to hear her before deciding whether a uniform civil law for divorce, alimony and child support will leave Muslim women like her better off.

In December of last year, the Supreme Court agreed to consider lawyer AK Upadhyay’s plea for a single law covering divorce, alimony and alimony for all religions. Mr. Upadhyay argued that the laws governing them in some religions discriminate and marginalize women.

Ms. Sherwani says she represents women who adhere to the Islamic faith, who have married according to Muslim rites and traditions, and who enjoy the rights accorded to her. She said their personal right grants Muslim women like her “rights that may not be available under other marriage laws.”

Ms. Sherwani said Mr. Upadhyay’s petition was a “deliberate attempt to interfere with cultural and customary practices and customs which enjoy the protection of Articles 25 and 26 of the Constitution”.

Muslim personal law provides a Muslim woman with various options to divorce her husband. These include the Talak-e-Tafweez (the wife’s right to divorce her husband is similar to that of the husband if the latter has been incorporated into the nikahnama or when such a delegation has been made by the husband at a later date) ; Khula – the woman can dissolve her marriage through Darul Kaza (Sharia court); Talak-e-Mubarrah – divorce by mutual consent; Fask – the wife can obtain the annulment of the marriage through Darul Kaza; and finally, through the Dissolution of Muslim Marriages Act of 1939.

The request filed by Ms. Sherwani stated that â€œMuslim marriage is contractual in nature and as such parties to the marriage are allowed to impose conditions to regulate their matrimonial relationship. Such conditions can be imposed before marriage or at the time of marriage or even after marriage â€.

She said that a way of resolving matrimonial disputes through mediation is also provided by Islamic matrimonial jurisprudence.

Mehr for the bride

Ms. Sherwani also referred to “Mehr”, which is “considered a symbol of respect to the wife and as such is meant to be substantial”.