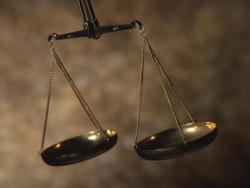 A police officer and her common-law husband, who face ganja-related charges, had their bail extended today and are due to return to St Thomas Parish Court on April 14.

Detective Sergeant Tamica Taylor, who is assigned to Kingston Central Police, was charged on February 1 with possession and trafficking of ganja following a decision by the Director of Public Prosecutions.

Taylor, who is represented by attorney Valerie Neita Robertson, made her first court appearance today.

Her partner, Royan Harris, who is a member of the Ethiopian African Black International Congress, has previously been charged with possession, trafficking and cultivation of ganja.

Harris said cops from the Narcotics Division raided his small farm and home on Feb. 18, 2021, wiping out the crop he and the rest of his Rastafarian group allegedly used for sacramental purposes.

He was then charged.

Harris’s attorney, Hensley Williams, has repeatedly maintained that his client had a license to grow ganja and that full disclosure was made to police prior to cultivation.

Williams also claimed that his client invited the police to his ganja farm for a site visit before the raid.

The prosecution is expected to file a motion to have Harris and Taylor jointly charged in the case when the case is called on April 14.

Toronto man and his common-law wife face 400 charges, including incest