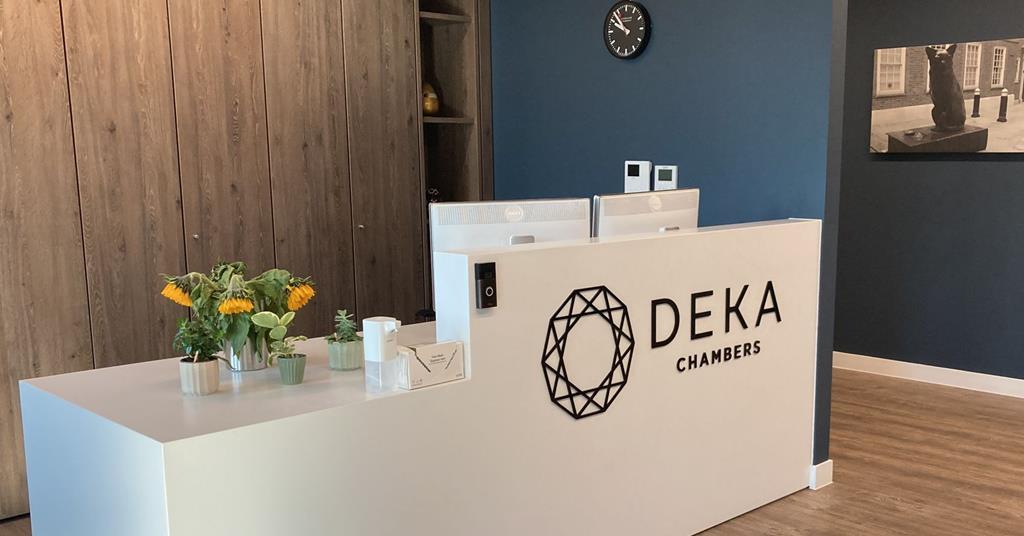 Two London chambers have merged to create what they say is one of the largest common law chambers in the country whose name breaks with convention. Together, 9 Gough Chambers and 1 Chancery Lane this week became ‘Deka Chambers’.

In its first announcement, the merged set said, “‘Deka’ is Greek for number 10 (9+1) and reflects bringing together a wealth of expertise from both legacy sets,” Deka Chambers said in his first announcement. “The decision to break with convention, with most sets named after their location, demonstrates Deka Chambers’ ambition as a forward-thinking, inclusive and modern organization, created to meet the changing needs of the legal marketplace. “

Jacob Levy KC, co-head of chambers, said the two chambers seized a “rare opportunity” to create something new, increase the choice of services for customers and become more efficient, inclusive and collaborative.

Simon Readhead KC, Co-Head of Chambers, said: “We believe Deka Chambers has an exciting future, focused on understanding and meeting the needs of all our clients in a rapidly changing legal services market.

Members and staff of 1 Chancery Lane moved into premises at 9 Gough Chambers at 5 Norwich Street. The merged set has over 110 avocados, including 14 bristles. The Gazette was informed that all staff from both chambers had joined Deka and that there had been no redundancies.

The personal loan market is booming around the world | Marcus Goldman, LendingClub, LightStream