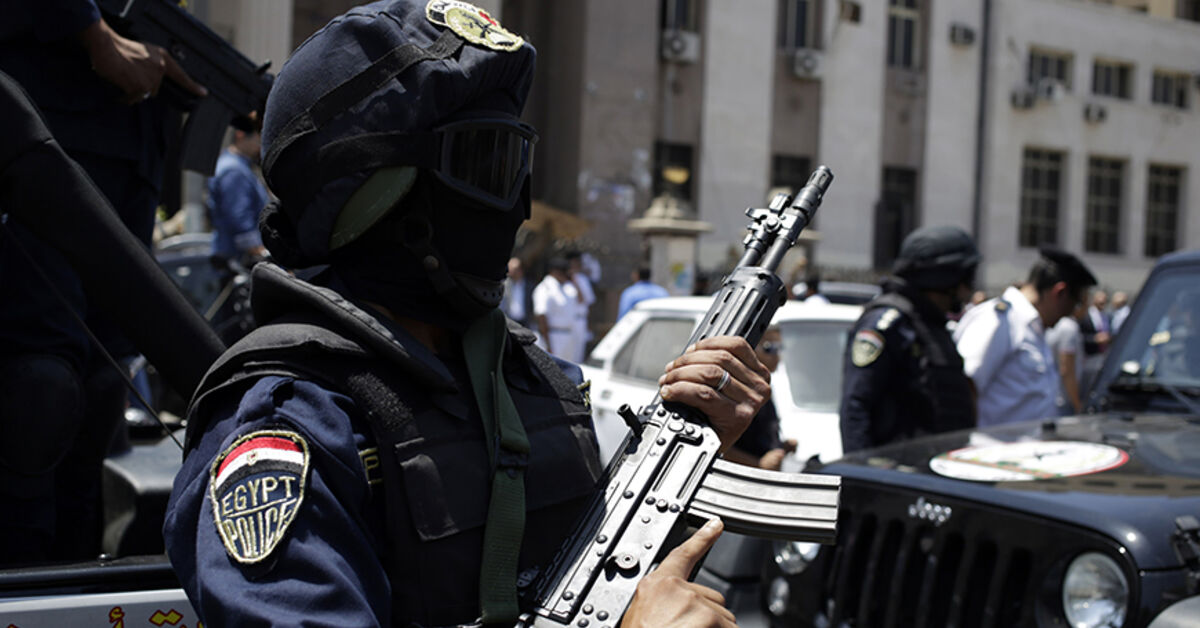 CAIRO – Egyptian President Abdel Fattah al-Sisi promulgated a law on October 27 to strengthen sanctions against those who vandalize public and government facilities. The law stipulates that the police must protect public facilities and refer attackers to the military prosecution as a step prior to their referral to military courts. This law will come into force for two years.

In the past two months, Egypt has witnessed repeated attacks on public facilities, including a bomb incident near the Foreign Ministry, an explosion in downtown Cairo just meters from metro stations and an explosion near Cairo University. However, the law was enacted immediately after the bombing of Sheikh Zuweid, which killed dozens of members of the armed forces on October 24.

The law protecting public facilities has sparked a wide debate on its constitutionality and feasibility, as it shows that the police and the judiciary were unable to control terrorism a year and a half after the revolution of June 30, 2013.

Brig. General Khaled Okasha, a security expert, told Al-Monitor that the law came after the situation in Egypt changed from simple terrorist operations, with the police able to arrest perpetrators and protect public facilities, to a real war. between the state and terrorism. â€œWaging wars and defending national security is initially the responsibility of the armed forces, while the police alone are incapable of handling such missions,â€ Okasha said.

Legal expert Mahmoud Kebaish shared this opinion. He told Al-Monitor that the law is the result of the weak capacities of civilian courts, since each judicial department is currently reviewing hundreds of terrorism cases. The resolution of these cases, which should be expedited, can take years due to the limited number of judges.

Mohammad Zare, human rights activist and head of the Arab Organization for Criminal Reform, told Al-Monitor that Egyptian civil courts are able to deter and discipline terrorists without resorting to military justice. â€œThe alternative is to increase the number of judges and not to refer some cases to military courts, which undermines and encroaches on the powers of the justice system,â€ Zare said.

Article 204 of the Egyptian Constitution stipulates that the military court is exclusively competent to try all crimes concerning the armed forces, and no civilian shall be tried before a military tribunal, except for crimes which constitute a direct attack against military installations or their equivalents.

However, Zare believes that the law is unconstitutional since the expression “or its equivalent” cannot be interpreted as public services or transport, or government services used daily by millions of citizens, as they are inherently different from military installations. almost used. exclusively by the armed forces.

“There is concern that law enforcement will expand if public facilities are considered military facilities,” Zare said. “Any quarrel between two students at the university or between two passengers of public transport which causes damage to the premises, will be considered as a crime whose perpetrator will be brought before the military court.

Kebaish said, â€œThese fears are unfounded because the application of any law is based on the reasons for its promulgation. This is the case with this law, the reason for its promulgation being the fight against terrorism and the holding of fair trials. Therefore, there will be no broadening of the application of the law, as some fear â€, adding:â€œ The fears of military courts have no foundation since these courts are governed, according to the current constitution, by the Code of Criminal Procedure and Criminal Code applied by the civil courts.

Kebaish added: â€œThe constitution also provides for the independence of military judges, even vis-Ã -vis the defense minister, as is the case for civilian judges. The High Military Court of Appeal allows military judgments to be challenged and revisions, as does the Civil Court of Cassation.

Despite the approval of the law, its impact is not yet visible, as only a limited number of perpetrators have already been tried.

Okasha said most assaults on public facilities are carried out by an perpetrator who sets up improvised explosive devices and escapes. Most of the culprits have yet to be arrested. “We cannot measure the effectiveness of military courts in terms of deterring parties attacking public facilities, as no military trial of a perpetrator has been settled so far,” he said.

So far, 15 human rights organizations have condemned the law and demanded its withdrawal. This could be explained by the negative impressions of jurists on military trials since the Supreme Council of the Armed Forces took power in Egypt in 2011 and 2012.

It is uncertain whether the law can protect public facilities, and its negative effects are still unknown. However, the law undermines the powers of civil courts cluttered with hundreds of terrorism cases, as well as the powers of the police.

The armed forces face both the challenge of securing public facilities against terrorist attacks and ensuring fair and open trials of the aggressor parties. They must also achieve greater achievements than those achieved by the police and the judiciary in the past year and a half. Otherwise, the new law will be worthless and will only serve to provoke its opponents who fear wider application of the law.

Common law or civil law, erroneous contracts can be corrected