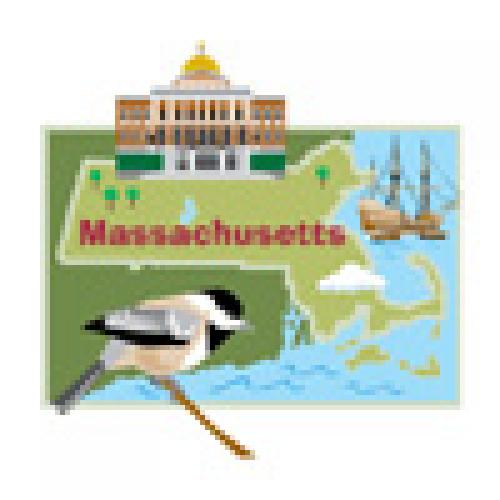 No Expansion of Prior Common Law Public Use Doctrine

In its decision last week in City of Sudbury v Massachusetts Bay Transportation Authority, the Massachusetts Supreme Court of Justice (SJC) refused to extend the scope of the common law doctrine on prior public use. As the court explained, “[u]Under this long-standing doctrine, public lands acquired for public use cannot be diverted to another incompatible public use unless the subsequent use is authorized by clear and explicit legislation. In this case, the City of Sudbury sought to prevent the defendant Massachusetts Bay Transportation Authority (MBTA) from entering into an easement agreement with Eversource for the installation and maintenance of an underground transmission line on an unused right-of-way of 9 miles, or approximately 4.3 miles of which is located in Sudbury.

The City of Sudbury urged the court to find that Eversource’s use of the right-of-way violated the prior public use doctrine because the use of transportation by the MBTA was inconsistent with the use of the transmission line. of electricity by Eversource, which the City supported as a public use. In an effort to characterize the use of Eversource as public use, the City pointed to documents filed by Eversource with the Energy Facilities Siting Board (EFSB) and the Department of Public Utilities (DPU), in which Eversource has said the transmission line would benefit the public as it would provide electricity. Alternatively, Sudbury urged the court to extend the doctrine of prior public use to require legislative approval for transfers of ownership between public and private entities for subsequent private uses.

The city brought an action in the Massachusetts Land Court, where the MBTA decided to dismiss the allegation that the city lacked standing and for failing to make a claim on which relief could be granted. The land court determined that the city made have standing (albeit “on the precipice of adequacy”), but dismissed the case because it found Eversource’s use of the right-of-way was not public use. The land court also refused to extend the doctrine of prior public use to require legislative approval for the private use of property that had previously been used for public purposes. Sudbury appealed the dismissal to the Court of Appeal, and the SJC transferred the case on its own initiative.

The SJC first explored the issue of standing. The court concluded that â€œ[t]a City does not have standing to bring a claim under the doctrine of prior public use concerning the majority of the land adjoining the [right of way] in which the City has no interest in land. As for the other land, the court continued by presuming, without ruling, that the City could establish a specific prejudice to meet the quality requirements.

The SJC then turned to the history of the prior public use doctrine, concluding that public lands could not be diverted to other public uses without explicit legislative authority. The court stated four elements that the City of Sudbury had to plead in order to demonstrate a violation of the doctrine of prior public use and survive a motion to dismiss: â€œ(1) subsequent public use; (2) the previous allocation of the property to a single â€œpublic useâ€; (3) inconsistent subsequent use; and (4) a lack of legislative authority.

The SJC agreed with the Land Court that the use of the property by Eversource was not for public use. Eversource is a private company and the transmission lines are said to be privately owned. In the view of the SJC, the fact that Eversource is a regulated entity and must satisfy the EFSB and the DPU that its transmission lines serve the public interest in order to obtain approvals, does not equates to public use for the purposes of the prior public use doctrine.

Importantly, the SJC has also refused to extend the doctrine of prior public use to require that private use of public lands be allowed only with legislative approval. By analyzing the history of the doctrine and the requirement of legislative approval for a Public use, the court held that the doctrine was aimed at resolving conflicts between public entities with eminent powers, in order to prevent the â€œpotentially endless cycle of withdrawalsâ€ for subsequent public uses. The court recognized that such a broadening of the doctrine would have far-reaching consequences with regard to easements and other transfers of land between public and private entities.

The NAIOP, the Real Estate Bar Association (REBA) and The Abstract Club (with National Grid) submitted amicus briefs to inform the SJC of the ramifications of extending the doctrine of prior public use to private transactions . The court was convinced by the concerns of the amici that â€œ[i]to impose a new common law requirement on the legislature to provide site-specific approval before such a project could begin construction would add great uncertainty to the timing (and, therefore, to the costs of the project), making development involving public land or related rights much less attractive to the private sector than it is today.

This case involving common law principles must be distinguished from the requirements of Section 97 of the Massachusetts Constitution, which requires legislative approval for the use of a park for non-park purposes. The SJC recognized that while section 97 could be derived from the doctrine of prior public use, section 97 was “intended to ensure that public parks remain parks”. Nothing in Sudbury v. MBTA suggests otherwise. Instead, the case focuses on transfers of non-parks between public and private entities. The SJC has wisely noted that such transfers do not require legislative approval.